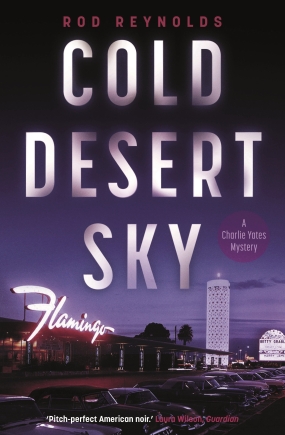 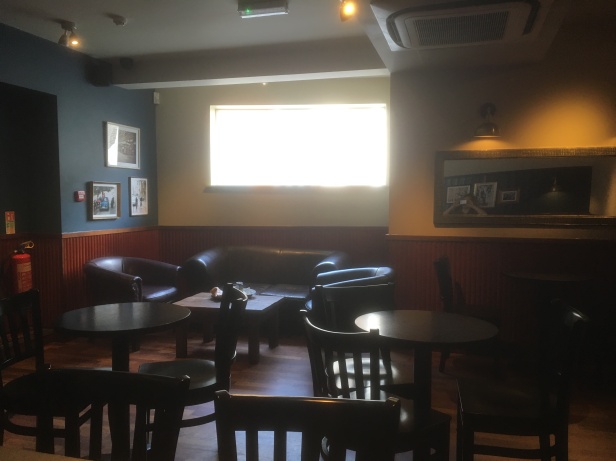 Today crime writer Rod Reynolds is joining me for Crime Writers In Cafes Procrastinating. As the title suggests, this feature is all about the lengths writers go to procrastinate when they should be writing, and how they (eventually) manage to win against the temptation of the path of procrastination to finish their books.

Welcome Rod, so tell me all about your latest book – Cold Desert Sky?

Cold Desert Sky is the third book in the Charlie Yates series. It finds Charlie obsessed with the disappearance of two aspiring starlets, while trying to stay ahead of infamous mob boss Benjamin ‘Bugsy’ Siegel, who’s tearing LA apart trying to find him. But Charlie’s investigation leads to him getting caught up in a murderous blackmail racket, targeting Hollywood bigwigs.

The action moves to Las Vegas, right around the time Siegel was completing his masterplan: The Flamingo Hotel, which laid the foundation for the city as we know it today. Yates finds himself caught between Sigel’s outfit and a rogue FBI agent, and as his chances of getting out alive dwindle, his only care is to find out what happened to the missing girls while he still can.

How long did Cold Desert Sky take to write?

I spent a couple of months researching the historical facts and locations featured in the book, then about four months writing the first draft. Then I spent another couple of months editing and polishing before I let anyone read it. That’s about normal for me – I’d be quicker if I didn’t have to fit writing in around school runs, nursery runs, and playground trips!

I prefer to write at home – I think because it offers the most options for procrastination – but I quite often have to decamp to get some peace and quiet, so I tend to either go to a cafe on the high street near me, or the library. The problem with the latter is that there are all these books I want to read just staring at me from the shelves…

What’s your writing process – do you jump straight in, or plan and plot first?

I started out pantsing, but I’ve plotted more with each book I’ve written – so I guess you could call me a reluctant plotter. I used to worry that planning would stifle creativity and stop the story from developing organically, but I’ve come to learn that having the spine of an idea still leaves plenty of room for both those things to happen, and actually saves me a lot of time in the long run. It’s like that old cliche about having a destination in mind but figuring out the route as you go.

When you’re writing, do you find you procrastinate more at the beginning, middle or end of the draft, or equally across all three?

Definitely the middle. The start of a book is always great fun to write, because it’s a blank canvas (even if you’re writing a series) and the possibilities are almost limitless. And I always find the end stages take on a momentum of their own. Whereas I think most writers find the middle the toughest because you’ve got to sustain the plot, keep the pace up, keep the characters developing, all while holding back the really juicy stuff for the end. So my twitter trigger-finger tends to get itchy between about 30k and 70k words.

Do you prefer first drafts or edits (and why)?

I know a lot of writers think this is a binary choice, but I’m not averse to either. I like the freedom of a first draft, and I like the precision of the editing stage. If I had to choose, it would be the editing stage though. It’s the difference between laying the first bricks building a house, and polishing the doorknob and choosing the furniture when its all finished.

When you’re procrastinating, what’s the activity you turn to most?

Social media’s a the obvious one – it’s just so easy. Especially twitter, because the crime-writing community is so strong on there, so it’s easy to jump into a fun conversation. But I also try to put procrastination to a good use, so I try to exercise or go for a run, if I can summon the willpower. Running is one of my best methods for working through plot problems or getting some headspace to think about whatever I’m working on, so it can be really helpful, if I can tear myself off the chair…

When you’re writing what’s your drink and snack of choice?

Coffee – although not as much as I used to drink when I was working in advertising. I tend to work better in the mornings, so I’ve never really tried writing with a glass of wine or anything like that; I’m not sure I’d be very productive! And I try to avoid snacking when I’m at my desk, so I usually aim to get by on a handful of nuts or some fruit. But when my willpower drops, I can eat a packet of biscuits without stopping for breath. And then get started on the cake.

And how do you celebrate the completion of the book (you winning against procrastination)?

I don’t think you ever win against procrastination! I usually take a few weeks off from writing when I finish a book, and certainly a few beers will be drunk, but you can’t ever really go nuts because there’s always something else to do – and I tend to get the urge to start something new before too long.

Huge thanks to Rod for letting me grill him about his procrastination (and writing) habits. To see what happens when his Twitter trigger-finger gets twitchy follow him on Twitter @Rod_WR

And be sure to check out his fabulous new book – COLD DESERT SKY. Click on the book cover below to find out more over at Amazon: 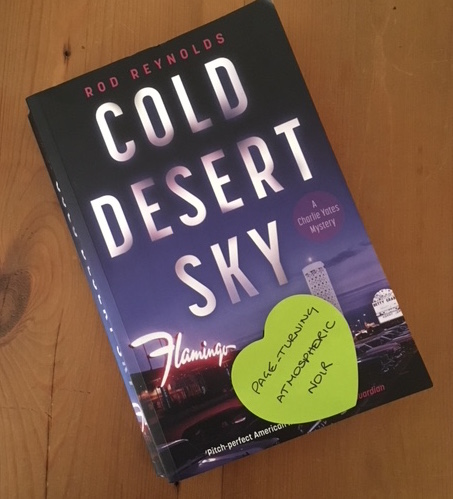 Here’s what the blurb says: “Late 1946 and Charlie Yates and his wife Lizzie have returned to Los Angeles, trying to stay anonymous in the City of Angels. But when Yates, back in his old job at the Pacific Journal, becomes obsessed by the disappearance of two aspiring Hollywood starlets, he finds it leads him right back to his worse fear: legendary mob boss Benjamin ‘Bugsy’ Siegel, a man he once crossed, and whose shadow he can’t shake.”

This is one of my favourite thriller series and Cold Desert Sky is a fantastic read – perfect for fans of all things crime thriller and American noir.

Cold Desert Sky is out now from Faber. To find out more and buy the book click the cover below and hop over to Amazon: