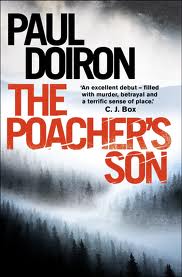 What the blurb says: “Maine game warden Mike Bowditch returns home one evening to find an alarming voice from the past on his answering machine: his father, Jack, a hard-drinking womanizer who makes his living poaching illegal game. An even more frightening call comes the next morning from the police: they are searching for the man who killed an esteemed local cop the night before – and his father is their prime suspect. Jack has escaped from police custody, and only Mike believes that his tormented father might not be guilty.

Now, shunned by colleagues who have no sympathy for the suspected killer, Mike must come to terms with his haunted past. He knows first-hand of his father’s brutality, but is he capable of murder? Desperate and alone, the only way for Mike to save his father is to find the real culprit.”

The Poacher’s Son is Paul Doiron’s debut novel and the first in the Mike Bowditch series. It won the Barry Award and the Strand Critics Award for Best First Novel.

Mike Bowditch stands for everything his father doesn’t: honour, care of the natural world, and the overriding need to ‘do the right thing’. He’s carved out his own niche in the world as a game warden and even when his relationship doesn’t work out the way he’d hoped due to the demands of his work, he’s still determined and passionate about his job.

But, just like years before when Mike was just a kid staying with his father for the summer, his father’s actions pull Mike into a world that he doesn’t want to be involved in. Torn between the loyalty he feels towards a father than never earned it, and the job he loves and colleagues he respects, Mike is forced to make increasingly difficult choices in order to ensure his father gets a fair deal.

As well as a plot thick with twists and turns, this book showcases the forests and natural habitats of Maine so vividly that the setting of the story becomes almost like a character in its own right. What’s great about Paul Doiron’s writing is that you get a terrific sense of place without any slowing of the story.  With a cast of engaging characters, each with their own very particular view on the situation Mike finds himself in, and many with a reason to not be entirely truthful about what happened, I found myself rooting for Mike from the beginning.

Action packed and emotionally powerful, this atmospheric thriller had me gripped. 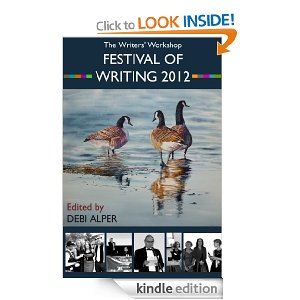 In September 2012 I attended the annual York Festival of Writing organised by the fabulous Writers Workshop. It’s a wonderful event, with seminars, panels and workshops for budding authors and a brilliantly friendly atmosphere.

This year, for the first time, festival goers were invited to submit a short piece of writing as a contribution to a book that would capture the essence of the festival.

It’s a fun read, with plenty of variety, and even features Crime Thriller Girl’s top five tips for FoW fabulous-ness (and the top tips of my fellow Nomad’s Natalie James and James ‘Mighty Jock’ Law).

Whether you attended the 2012 festival or not, it’s well worth a read.

It’ll certainly make you want to book for 2013.

The 20th April 2013 is the date of the Verulam Writers’ Circle annual writing conference ‘Get Writing’.

Held at the University of Hertfordshire campus in Hatfield, England, this friendly and variety-packed conference is a one-day event and a must-attend for all writers aspiring to publication.

This year there’s a wide variety of sessions to pick from including workshops and panel discussions on childrens’ fiction, crime writing, historical fiction, writing drama, and some fabulous ‘how to’ sessions on editing, creating tension and a whole bunch of other essential writerly skills. For the conference fee of £55 you also get the opportunity to pitch your novel to an agent of your choice and, for those looking for more detailed feedback, you can pay a little extra and book a longer ‘Face Time’ slot.

I’m especially excited about this years’ event as I’ve been asked to chair the Crime Panel. I’ll be talking with the wonderful crime authors Claire McGowan, Adrian Magson, Ann Cleeves, and Lesley Horton. I’m sure it’s going to be a lot of fun, and I’m really looking forward to picking their brains on how they get their ideas, their writing process, the essentials of crime thriller writing, and any tips and advice they have for those aspiring to publication.

Also, for those with a novel, or the opening of a novel, ready to go there’s the ‘First Three Pages’ competition. It’s open to all attendees and requires you to submit the first three pages of a novel of any genre. So, Get Writing!

Booking is open now at http://vwc.org.uk/getwriting2013.php

Perhaps I’ll see you there? 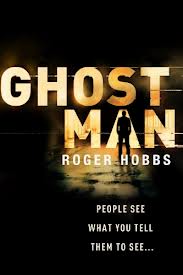 When a casino robbery in Atlantic City goes horribly wrong, the man who orchestrated it is forced to call in a favour from someone occasionally called Jack. Only a few people know this man exists, some believe he’s dead and none know his true identity. Those are the closely guarded secrets of an exceptionally trained, experienced and talented criminal.

But as he struggles to clean up the mess left from the bungled heist, Jack finds himself increasingly more visible. With the FBI and other interested, and deadly, people on his tail, he’s forced to use every ounce of his skill, ingenuity and instincts to survive.

From the opening page this story hurtles along at a breathless pace. Jack is a mysterious character. Able to change his appearance, his voice and his persona in a moment, he is a true master of disguise.

He’s attractive, smart and although more than capable of defending himself, he only uses violence when he deems it necessary (which in the course of the book is quite often). He also translates classics into English as a hobby when he’s not on a job. Although you know he’s a criminal, he never seems entirely bad, and has his own moral code by which he operates.

At the start of the novel Jack reluctantly agrees to sort out the aftermath of a bungled casino heist as repayment of an old favour to the criminal mastermind Marcus. His brief is simple – find Marcus’ missing man and find the stolen cash.

But as he investigates the operation, discovering what actually happened outside the casino that morning, and who else is after the money, Jack realises there’s a whole lot more to the situation than he first realised. Add into the mix the bright and dynamic FBI agent Rebecca Blacker, and the mysterious and deadly criminal kingpin ‘The Wolf’ and soon Jack is fighting just to stay alive.

This rapid paced, nail bitingly tense action thriller has plenty of twists and turns to keep the reader guessing. This is a distinctive debut by 24-year-old novelist Roger Hobbs.

GHOSTMAN by Roger Hobbs is published in hardback by Bantam Press on 14th February 2013.