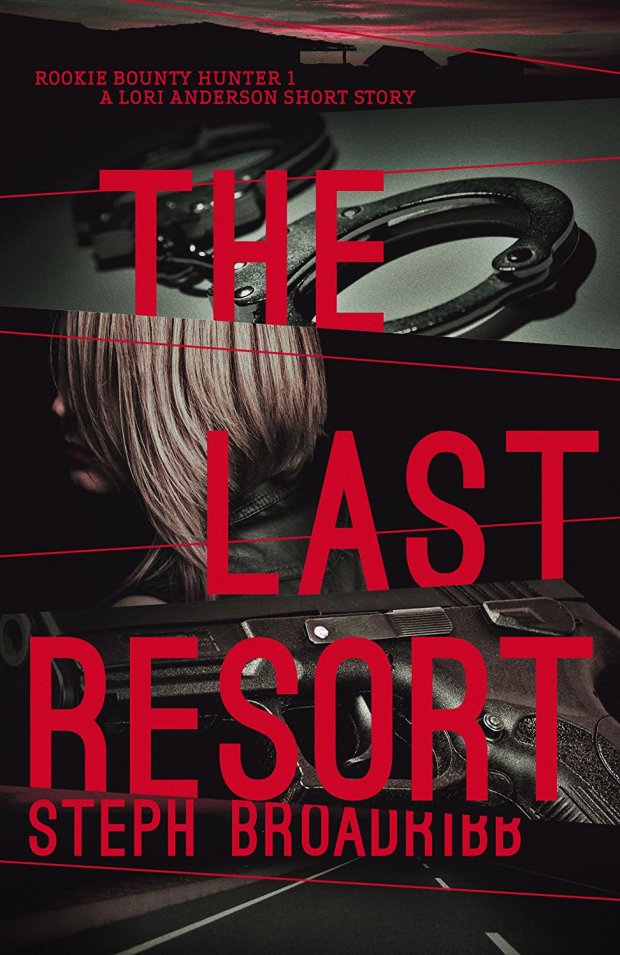 If you’re looking for a Lori and JT fix before the next book in the Lori Anderson thriller series – DEEP BLUE TROUBLE – comes out later this year don’t fear!

You can download a Lori short story – THE LAST RESORT – that goes back in time to when Lori was training with JT and learning the bounty hunting business.

Here’s what the blurb says:

“Done with a life of exploitation and violence, Lori Anderson is training to be a bounty hunter. Holed up in the Georgia Mountains with her reclusive mentor, JT, Lori is determined to put her new skills into practice. Behind JT’s back, she breaks his rules and grabs the chance she’s looking for. Will her gamble pay off, or will she have to learn the hard way?

The Last Resort is the first in the Rookie Bounty Hunter series of short stories, marking the nail-biting start to a high-octane series of thrillers featuring one of the most unforgettable and fearless female protagonists in crime fiction.”

It also includes a free extract of DEEP DOWN DEAD, book one in the Lori Anderson Series.

I’ve been totally blown away by the fabulous crime fiction bloggers and reviewers who’ve read and shared their thoughts on THE LAST RESORT – here’s what they’re saying:

“What a start to the day! We all need a bit of Lori Anderson’s courage and determination” Christine @northernlass73 – read full review on Northern Crime here

“Broadribb has a tough vulnerability that really draws you in. I think she’s a superstar on the rise” Craig @craigsisterson – read full review on Kiwi Crime blog here

“Ooh Lawdy, how it all began (think I need a nap). Great prequel to Deep Down Dead.” Sandy @rowingwabbit – read full review on Goodreads here

Fancy a Lori and JT fix? 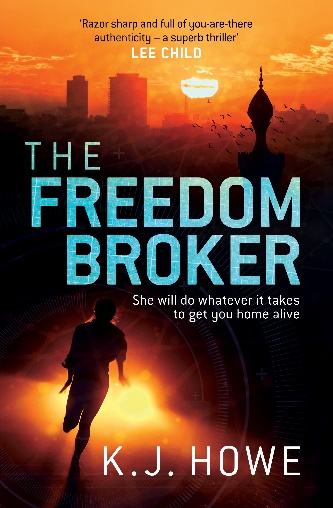 While I was at the Theakston Old Peculier Crime Writing Festival at Harrogate I met up with fellow debut novelist KJ Howe to chat about her fabulous thriller THE FREEDOM BROKER. Over coffee, we talked research, writing process, and how she created the kick-ass action heroine Thea Paris…

Thea Paris is such an authentic all-action female lead – what inspired you to create her as a character?

I always wanted to write a strong female protagonist. As part of my research I went out to the Phoenix desert and trained in hand-to-hand combat, knife fighting and more. I’m a big believer of if you’re going to write about it you should have experienced it. I’ve got this rolodex of Special Forces guys I can call on – they read the book – and wanted to bring an authenticity to the page. I would have loved to have been a spy! I’ve been zip lining, cage diving with sharks, but I’m also feminine and enjoy dressing up – I wanted to show a woman can be a real woman but also really strong too, but not in a comic book way. Thea Paris has very human baggage and with her diabetes there’s a ticking clock – she has to have her insulin [which can be tricky given some of the situations she gets into during the course of The Freedom Broker]. I wanted to show that if you have a chronic illness it shouldn’t stop you, and if you’re a woman it shouldn’t stop you doing your dream job.

Thea’s job as a Response Consultant [kidnap negotiator/rescuer] is an unusual one – what research did you do?

I’ve spent the last four years immersed in that world and found out first-hand about what it’s like. As well as speaking with people who’ve been in real life hostage situations – like Peter Moore who was the longest held hostage in Iraq – I’ve found out about the world of kidnap and ransom. I attended the Kidnap and Ransom Conference – I didn’t know anyone, and it’s a dark, closed world – but I needed to learn about it so I could write authentically. Now I’ve got contacts all over the world – including special ops people, response consultants, a psychologist who specialises in hostage mentality, and security guys who protect journalists in war zones.

I wanted to do something fresh and unique, and I didn’t want to do FBI or Police as I’m not a rule follower – I wanted the freedom to go wild! Private industry doesn’t have the same restrictions, and it’s interesting how the whole system works – from big companies, to kidnap insurance, through to response consultants [interestingly, Lloyds of London are the people who first started selling kidnap and ransom insurance]. People can be insured for as much as fifty million dollars, and negotiators will often haggle down from the ransom demand – usually 10% or so. In the US and the UK the penalty for kidnap is high, and there’s also a 95% chance of getting caught. But in Mexico there are no laws on kidnap and a 95% chance of not getting caught – so it’s more worth the risk to kidnappers. Plus there’s no lack of potential victims – everyone has loved ones – it’s scary. With every book in the series I’m hoping to explore a different aspect of kidnap.

THE FREEDOM BROKER is super twisty-turny – what was your writing process?

I’m an organic writer. I do plan ahead, but mostly the story is held in my head. I do go back and plant things later though. You can’t fight who you are – if you need to plot to feel in control then do that. I find there’s a freshness from organically writing – the characters come alive. So listen to your heart and write how you want to – my style is ‘pants on fire’ writing. You can sometimes get into trouble writing organically, but for me it’s well worth the risk. If I get into a corner I think ‘what’s the theme of the book?’ – it’s often family – and can work out what next from there.

What got you into writing thrillers?

When you look at the book you’re reading and the books you chose to read there’s always an emotion attached to them. With thrillers it’s energy and adrenaline, with mysteries it’s puzzle solving, with romance it’s hope, and with sci-fi it’s wonder. I’m into adrenaline and energy – I’m a very action orientated person. I read David Morrell’s Brotherhood of the Rose – a spy thriller – and thought I’d love to be an author and be able to do what he did to me to another reader, to take them to another place – like Athens – and fascinate them. The Eye of the Needle and Day of the Jackal are great books. I grew up in different places around the world and wanted a character that can go anywhere – each book will go to different countries.

What words of advice do you have for those aspiring to be published?

Embrace criticism from credible sources. I worked on my book for two years and had to go on the journey – it’s 10% about talent and 90% about perspiration – and you have to be in it for the long haul. Everyone I know has been at it for a while. Write every day or as often as you can – get out the junk words and keep going! David Morrell is my mentor and he has a saying ‘Be a first rate version of yourself, not a second rate version of someone else’ – only you can write your book. It’s like with me having had a very international life – I’ve lived in lots of places where the shadow of threat is always there – I can bring to the page what I’ve learnt. Be fresh. Unless there’s great writing and a unique voice don’t do something that’s already been done. Stay the course and get help – never bring your ego to the table. Although I’m published I feel like I’m at the beginning of the journey. I want to stay at it, keep getting better, and then getting word out about my books and reaching readers. Learn everything you can about this business. Do your own social media, and get involved and be part of the writing community (events like the Theakston’s Crime Writing Festival held at Harrogate every July are a great place to start). I try to help as many writers as I can – playing it forward as I’ve had a lot of help from authors. You can contact me through my website and the ThrillerFest website [she’s the Executive Director of the fantastic crime writing festival] – I’m always happy to hear from people.

And with that the coffee was drunk and the interview was over. KJ Howe was a brilliantly fun interviewee and it was great to meet her and talk about all the fascinating research she’s done – she really is an action woman herself!

And check out the ThrillerFest website HERE for all the details on this amazing crime writing festival held in New York every summer.