Today I’m delighted to welcome bestselling author Jessie Keane to the CTG blog for a guest post on her fascination with gangland London. Over to you, Jessie …

Oh, this started way back. Aged 17, I ran away to London to escape family problems and was instantly confronted by people you wouldn’t want to take home to meet mother. They were dangerous and sexy in their sharp suits – sharks moodily gliding through the waters of Soho to snap up minnows like me.

But somehow I escaped! However, that close brush-up against these gangland types and the discovery that London was in fact my spiritual home left me with a genuine fascination for their way of life; and it was inevitable I suppose that I would start to write about it, setting my characters like Annie Carter and Ruby Darke in amongst these people, just to see how they would get on.

I have to say, right from my very first book called Dirty Game, I had an absolute blast writing their stories, and that enjoyment has gone right on through Black Widow, Scarlet Women, Playing Dead, Ruthless, Jail Bird, The Make, Nameless and now in my latest book Lawless.

A huge thank you to Jessie Keane for taking time out to drop by the CTG blog and tell us about her fascination with gangland London.

Her latest book – Lawless – is out now.

What the blurb says: “It is 1975 and Ruby Darke is struggling to deal with the brutal murder of her lover, Michael Ward. As her children, Daisy and Kit, battle their own demons, her retail empire starts to crumble.

Meanwhile, after the revenge killing of Tito Danieri, Kit is the lowest he’s ever been. But soon doubt is thrown over whether Kit killed the right person, and now the Danieris are out for his blood and the blood of the entire Darke family.

As the bodies pile up, the chase is on – can the Darkes resolve their own family conflicts and find Michael Ward’s true killer before the vengeful Danieris kill them? Or will they take the law into their own hands …”

At the start of the book we find Ruby Darke still trying to recover from the death of her lover, Michael. With tensions high between her and her son, Kit, and uneasiness still present in her relationship with her daughter, Daisy, Ruby has reached a real low. But when Tito Danieri is murdered as a revenge killing, a chain of events are set in motion that will have perilous consequences for them all. Ruby – dubbed ‘The Ice Queen of Retail’ needs all her wit, determination and courage to survive.

Lawless is an engrossing read. It has strong female lead characters (and great male characters) and the highly atmospheric 1975 London gangland setting and interesting cast – from Lords and Ladies through to the shadiest of London gangsters – had me hooked from the start. As the story continued, the complex interwoven relationships, dark truths and secret desires that drive some to murder has me racing to turn the pages. 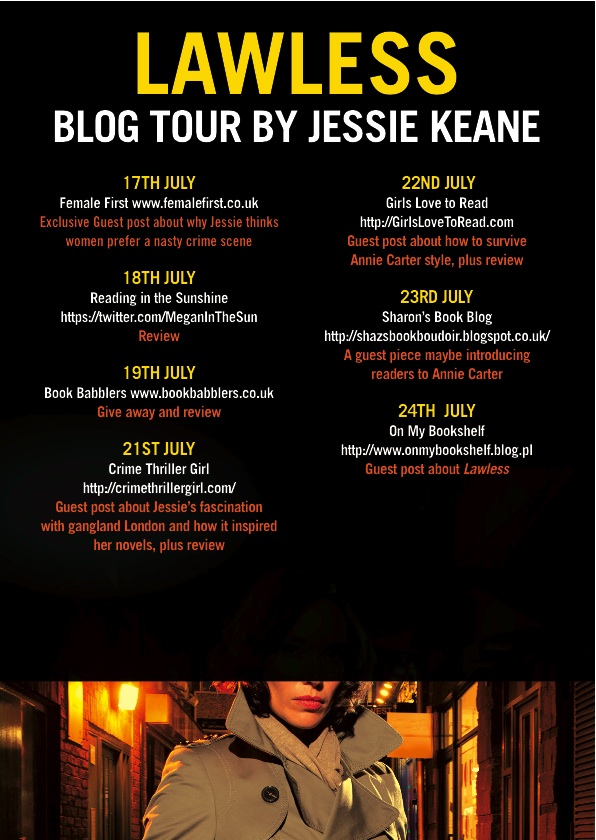